Costa Rica is the home to lush primary virgin rainforests and a diverse system of freshwater and marine resources. It has 28 national parks and three of them are UNESCO World Heritage Sites. If you are embarking on a Costa Rica getaway, please check out the list of the most popular national parks and reserves to make a perfect selection:

The Monteverde Cloud Forest Reserve is one of the most well-known vacation destinations throughout Costa Rica. Costa Rica has around 2.5% of the world’s biodiversity and 10% of plants found that can be seen nowhere else around the world.

Monteverde Cloud Forest is a must-visit destination for wildlife enthusiasts and birdwatchers. When you reach there, you will feel that your one foot is on the Caribbean side, and the other one is on the Pacific.

Tortuguero National Park is truly exceptional destination and accessible by boat or airplane. That doesn’t keep it from being the third most popular around the country. It has a diverse variety of fauna and flora and the home to the eleven different habitats.

Taking a kayak or boat trip along the Tortuguero canals offers you a chance to watch out for animals and birds. It’s even popular among turtle enthusiasts for a great variety of sea turtles that return to the beaches every year for nesting.

Well-known as the most biologically intense place on earth by National Geographic, Corcovado National Park is the largest national park in Costa Rica. It has nearly half of the striking and uncovered Osa Peninsula. There are no roads inside the national park; so you’ll need to hike. 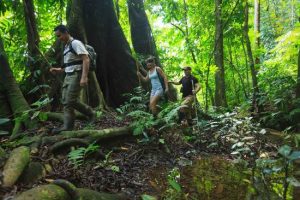 Piedras Blancas National Park is situated in the southern region of Costa Rica – which is just off the Osa Peninsula. The forest is filled in verdant, Jurassic forest, and is the home to diverse species of endemic plant and animal concentrations. It’s an important wildlife corridor as it connects to Corcovado National Park and is one of the few places in Costa Rica where jaguars thrive.

Arenal Volcano inside the Arenal Volcano National Park is one of the most recognized attractions around the country. Expanding around 290 square miles, the conservation area covers eight out of the 12 life zones around Costa Rica and is a popular destination for every kind of traveler.

There are handful lodges and hotels in Arenal Volcano, catering to everything from adventure delights to natural hot spring travel options. Birding enthusiasts should definitely stop there as 850 bird species are waiting to be discovered. 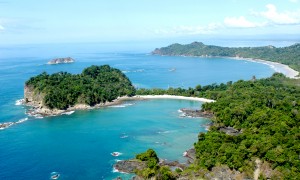 Manuel Antonio National Park is the jewel of Costa Rica and the smallest park in the country. It has some of the most appealing landscapes to indulge in. The white sand beaches nestled into coves, lush tropical forest along the edges, huge mountains emerging up from the midst of the trees. The fascinating and striking coral reefs are the dream of every snorkeler.

Located on the South Pacific coast of Costa Rica, Ballena Marine National Park is an oceanic park covering 110 hectares of land and 5375 hectares of the sea. The national park is named after the humpback whales that migrate from July to October and again from December through March. It is dedicated to conserving the rich marine ecosystem of the area.

Situated on the Central Pacific Coast, Carara National Park is the most northern rainforest experience on the pacific coast of Costa Rica. It has a great wealth of wild scarlet macaw and other tropical bird species that appeal birdwatchers and wildlife enthusiasts.

Another popular sightseeing attraction inside the park is Tarcoles River Crocodile Bridge. The national park is one of the most easily accessible rainforest day trip experiences for visitors vacationing in the San José and Central Pacific area. 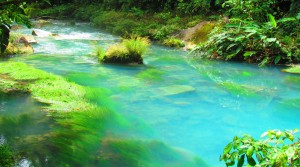 Tenorio Volcano National Park is located in the Guanacaste Province and is a perfect fit for active nature enthusiasts. Most visitors are drawn to the park to explore the Tenorio Volcano and the turquoise blue waters of Rio Celeste Waterfall. 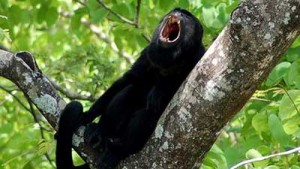 Palo Verde National Park is more often overlooked wonder of wetlands amid the tropical dry forests around the Guanacaste Province. This park is flooded by the Tempisque River to create a marshy home for a huge abundance of wetland bird species like wood storks, egrets, and herons. In the green season that falls from June through November, the park marshes swell and appeal wildlife, increasing odds of sightings.

Rincon de la Vieja is the tallest and the most active volcano located in the north-west region of Guanacaste in Costa Rica – around 6286 feet above the sea level. It name is translated as the “Corner of the Old Woman.  The geothermal activity beneath the surface remains active as the fumaroles, geysers, vents, hot springs and mudbaths dot the land. You can enjoy guided hikes throughout the park to discover the landscape, wildlife, and waterfalls.

Mount Cerro Chirripo, the highest mountain in Costa Rica is located in Cerro Chirripo National Park. Climbing Cerro Chirripo offers a unique experience to travelers seeking for cooler weather and beautiful mountain vistas. You can plan at least one night stay on the mountain so that you can see the sunrise from the peak. If you’re fortunate enough, you will experience the spectacular views of both the Pacific and Caribbean coastlines.

Santa Rosa National Park is the home to a large expanse of dry forest across the Guanacaste region of Costa Rica. The park offers you a chance to see birds, deer, monkeys, wild cats, and many more animal species. It also has sea turtle nesting beaches and the historic La Casona monument located within the border.

Located an hour away from the capital city of San Jose, Irazu Volcano is the highest active volcano around Costa Rica. The temperature is usually a bit cooler up at the volcano as well with averages across 45 degrees Fahrenheit.

Get in touch with Tour Operators CR and let’s craft the Costa Rica getaway of your dreams!

The sanctuary of Caño Negro

Caño Negro is considered to be the third most important wetlands in the world. This sanctuary was named “wetland of international importance” in 1991, and

The wildlife & animals of Costa Rica

Costa Rica is one of the most bio-diverse regions on Earth with more than 800 species of birds, four monkey species, and even two type

Costa Rica – a beautiful country focuses on two things – eco-tourism and adventure sports. Over a quarter of the country is protected with rainforest