Beaches, sun, sand, forests, volcanoes, not everything is about natural places to start an adventure. Costa Rica can be well known for being a tropical paradise and one of the most beloved tourist destinations for visitors, but not everything is about that, Costa Rica is not just a beach, like Venezuela, Caracas is one of the attractive points If we talk about tourism, like New York, its majesty and appreciation is not due to its climate, or its natural beauty, but its architecture, a concrete jungle that captivates the spectators, and they will surely ask “Does Costa Rica own captivating cities?” Well, then you will know the 10 most beautiful and interesting cities in Costa Rica.

San José, Costa Rica, the capital of the country and located in the Central Valley. The city was founded in 1738, but it was not until 1823 that it was given the name after José de Nazaret. It has become a modern, cosmopolitan city and is currently home to a third of the country’s total population. San José offers a surprising assortment of museums, theaters and different types of interests. Such as the Lankester Botanical Garden, the Central Market, cloud forest and a couple of nearby volcanoes. This only adds to interesting day trips and tours of San Jose Costa Rica.

This city in Latin America grew around its main square, La Plaza de la Cultura. This is where the Gold Museum and the National Theater are located, which is a miniature replica of the Paris Opera. Nearby is the Central Avenue, which is a pedestrian shopping street that finally leads to the Central Market. Here you can buy unique indigenous herbs and remedies, souvenirs and typical food. The nightlife in San José consists of amazing international cuisine restaurants, bars, and casinos.

Cartago, Heredia and Alajuela joined together to challenge the authority of San José. Unfortunately, this was a battle they lost, and San José was confirmed as the capital of the country. Over the years, the city has suffered many earthquakes. However, its inhabitants have always rebuilt even when the city was almost destroyed. The legacy of this can be seen in the central square, where the ruins of a church can be visited.

As in San José, the city center is compact so it is easy for you to walk. At the bottom of the Plaza Mayor or central square, which has been the focal point of city life since the founding of Cartago. The two main avenues run through the northern and southern part of the square and form the main arteries of the city. When they are followed on the outskirts of Cartago, they are also the easiest routes outside the city to other parts of the country.

A building that has survived the various earthquakes that Costa Rica has suffered, is the cathedral or the ‘Basilica of Our Lady of Los Angeles’, rebuilt due to the damage caused by several earthquakes. It could be said that it is the most important and the most beautiful church in Costa Rica, in addition to being the largest. Its architectural style is a mixture of colonial and neo-Byzantine Spanish tradition, creating a unique and instantly recognizable building. 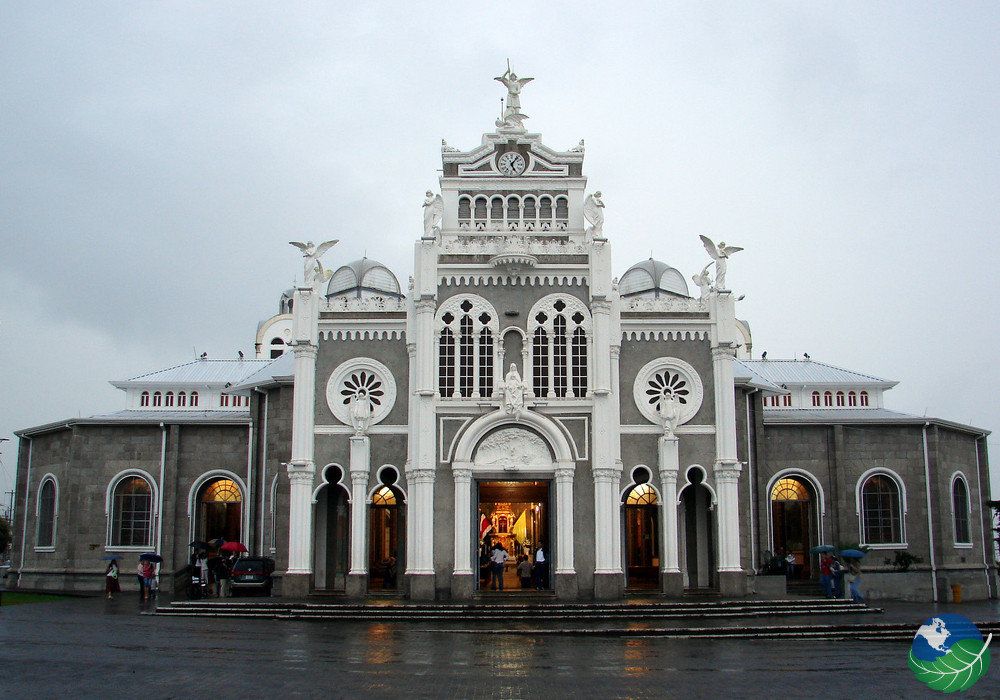 Founded in 1769, Liberia Costa Rica is the charming historical capital of Guanacaste. In fact, once it was considered little more than a dusty cattle town, Liberia is now a center for many travelers. It is famous for white houses with terracotta roofs, nicknamed “the white city” many houses from the colonial era have a charm that can still be found in the city. With the architectural details so it is unique in the area. Including double corner doors called “Puerta del Sol”. An excellent example of this picturesque building style has become the fascinating Sabanero Museum.

Golfito as a city is small but beautiful, a tourist city, only in recent years has more tourist traffic been seen in this small port city, because it is very close to the Osa Peninsula. It is also not far from many beautiful and quiet beaches.

Golfito has a lot of things to do. For example, bird watching, diving, sport fishing, surfing and swimming, not to mention whale watching, there is very common among the inhabitants of this city, when walking through the streets of Golfito you can listen to the locals talking about the whales and dolphins that can be appreciated most of the year. 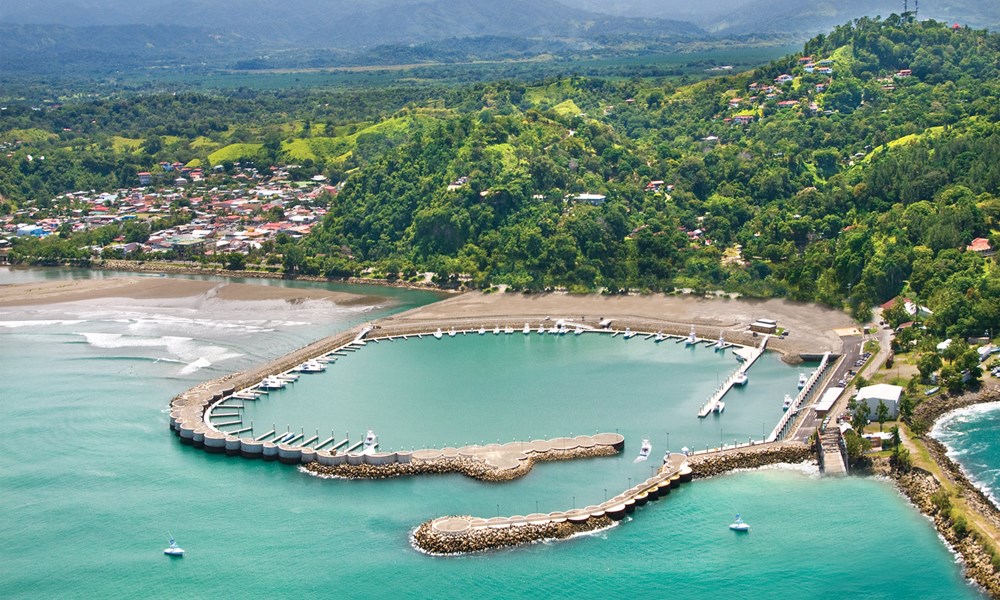 The lush province of Heredia Costa Rica is located in the hills north of the Central Valley. In fact, it is a very short distance from San José. Heredia is known for its green volcanoes, pastures and coffee plantations. It is home to majestic volcanoes and rainforests. Heredia is very close to many magnificent national parks that can be visited in one day.

Heredia, is the City of Flowers. According to people, this is where the most beautiful women in Costa Rica meet. Heredia offers a fascinating variety of activities, from tours of the colonial city to explore its flora and fauna. There are other cities in the province that are worth visiting. For example, the city of Santo Domingo, San Isidro, San Rafael and San José de la Montaña.

San Isidro Costa Rica is located in the South Zone. This region is full of amazing wildlife. Most of this is the species of birds that make this an extraordinary space for birds and nature lovers. The city of San Isidro is a great stop at its southernmost destination. Because it is such a unit of time that more than likely you want to stop and take a bite to eat or take a rest stop. San Isidro serves as a gateway to all of southern Costa Rica including the Osa Peninsula, Chirripó and La Amistad International Park.

The city of San Isidro is a typical city of Costa Rica, which is certainly not the largest, but it has more than enough to continue playing when you visit. It is the most populous city in the region with more than 45,000 people, it is also the capital of Perez Zeledon Canton. Every year there are some small festivals that take place. The Feast of Devils and cattle fairs in February. The city is filled with joy and some impressive smells, as the markets open with different types of Costa Rican cuisine.

Atenas Costa Rica is located in the central valley of Costa Rica, in the province of Alajuela. It is Atenas, but it is far from being the Atenas we all know, it is located about 40 kilometers from the capital, right on the very edge of the central valley. Atenas may not resemble that of European Atenas but it has a charm that you will not see anywhere else. One of the best parts of Atenas is without a doubt the central park. Where history comes alive with the monuments and statues of the town enriching its tourist value due to the high tourism potential. Since Atenas Costa Rica is a bit outside the Central Valley, you will notice a different variety of birds and animals. This includes the famous bird species such as the toucan and the red macaw.

Another part of Atenas is the annual general festival, held in April to celebrate its heritage and tradition. Costa Rica&#39;s famous carts arrive in all their glory as two great oxen pull a colorful car, hand painted with extraordinary designs. Oxcarts are a symbol of Costa Rican pride and have been declared a UNESCO world cultural heritage. In the central park, vendors prepare for the big festival and sell all kinds of merchandise. 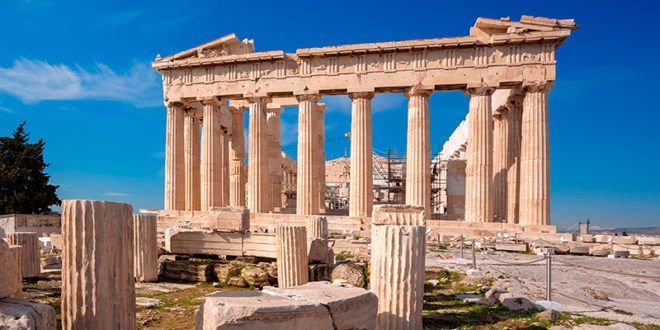 The province of Alajuela, is marked by the extraordinary natural beauty with a chain of volcanoes that form the Central Mountain Range. One of the main attractions of Alajuela Costa Rica is the Arenal Volcano, an active volcano that guarantees a night show, it also has a lake, one of the best places for windsurfing, in addition to the La Fortuna waterfall, the upper waterfall of the area Alajuela

Alajuela is a quiet typical Costa Rican town, the second largest in Costa Rica. Your visit to Costa Rica would not be complete without having to learn about its history and culture. Another attraction is the Poás Volcano. In the center of the city is a large church with a dome, near the lush and green Central Park. There is also the central market located on the western side of the park. The outskirts of Alajuela have shopping centers, fancy restaurants, bars and cinemas and much more. While in the city it has the Juan Santamaría Cultural Historical Museum. Located near the Central Park. The museum exhibits artifacts from Costa Rica, which portrays the battle of 1856 and historical maps.

Limón is a city and province, the sixth largest in Costa Rica, officially declared, the city of Limón in 1854, by Philipp Valentini. This city is largely known for being the main port on the Caribbean side, Limón is active with ships and cruises that stop nearby to unload or load.

The city of Limón is known for its beaches, the area surrounding this famous port city has a series of incredible beaches. One of these beaches is located in Cahuita, about 40 minutes south of the drive also known for its National Park. Another is in Puerto Viejo, a dream beach town. In addition, Punta Uva, Playa Cocles, and Gandoca Manzanillo.

In addition to visiting some of the most popular beaches in the Caribbean, you can also try a very popular tour, Whitewater Rafting on the Pacuare River. This tour takes place near the small town of Siquirres.

Puerto Caldera is a fantastic part of Costa Rica&#39;s towns. It is located in the province of Puntarenas. This is the main port of the Pacific coast of Costa Rica. In addition, you will see many cruises that dock in this port due to its short distance from San José, the capital of the country and many other main destinations in Costa Rica.

Although there are many places to visit in Costa Rica like any traditional city in Costa Rica, Puerto Caldera has clean beaches, palm trees, and spectacular weather. Another great aspect of Caldera is that it is a tourist city because many cruise ships dock here during the year. Locals have established shops, bars and restaurants of all kinds to give visitors the best experience in Costa Rica.

With a historical, natural and cultural value, Costa Rica has –Like U.S.A- Metropolis, worthy of being called tourist destinations. 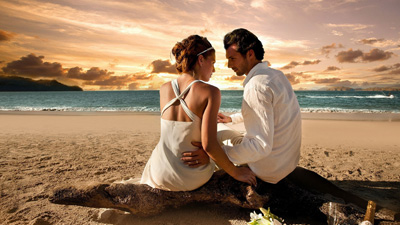 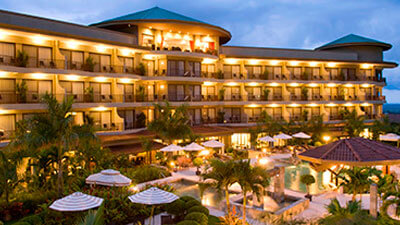 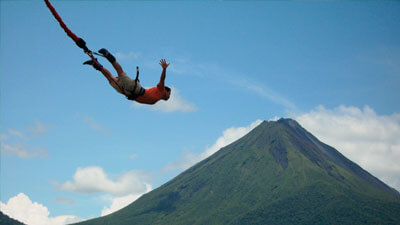 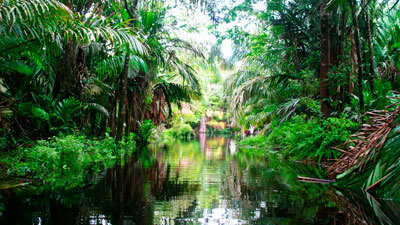