What makes Costa Rica one of the favorite destinations for tourists?

Costa Rica, one of the favorite destinations for tourists

What makes Costa Rica one of the favorite destinations for tourists?

Costa Rica is an exuberant country, it has a number of factors that make it an excellent option as a tourist destination. Its broad historical tradition of democracy, the conservation of ecosystems and the sustainable management of natural resources, the biodiversity in its territory, the beauty of the beaches and its majestic volcanoes, as well as the peaceful, welcoming, cordial, and polite climate of Its citizens make the foreign tourist feel attracted to discover and enjoy the exoticism offered by this tropical world, considered as a true garden of peace.

It should also be mentioned that, another of the advantages that Costa Rica presents and that differentiate it from other countries is the great variety of activities that can be carried out in a relatively short period of time precisely because it is a nation of small dimensions. In a few hours, tourists can move from the Atlantic Ocean to the Pacific and in a few days they can visit forests, beaches, national parks and other attractions of very diverse characteristics to develop that desire for adventure that we all have, obtaining an authentic, safe and sustainable experience.

Activities we can do in Costa Rica 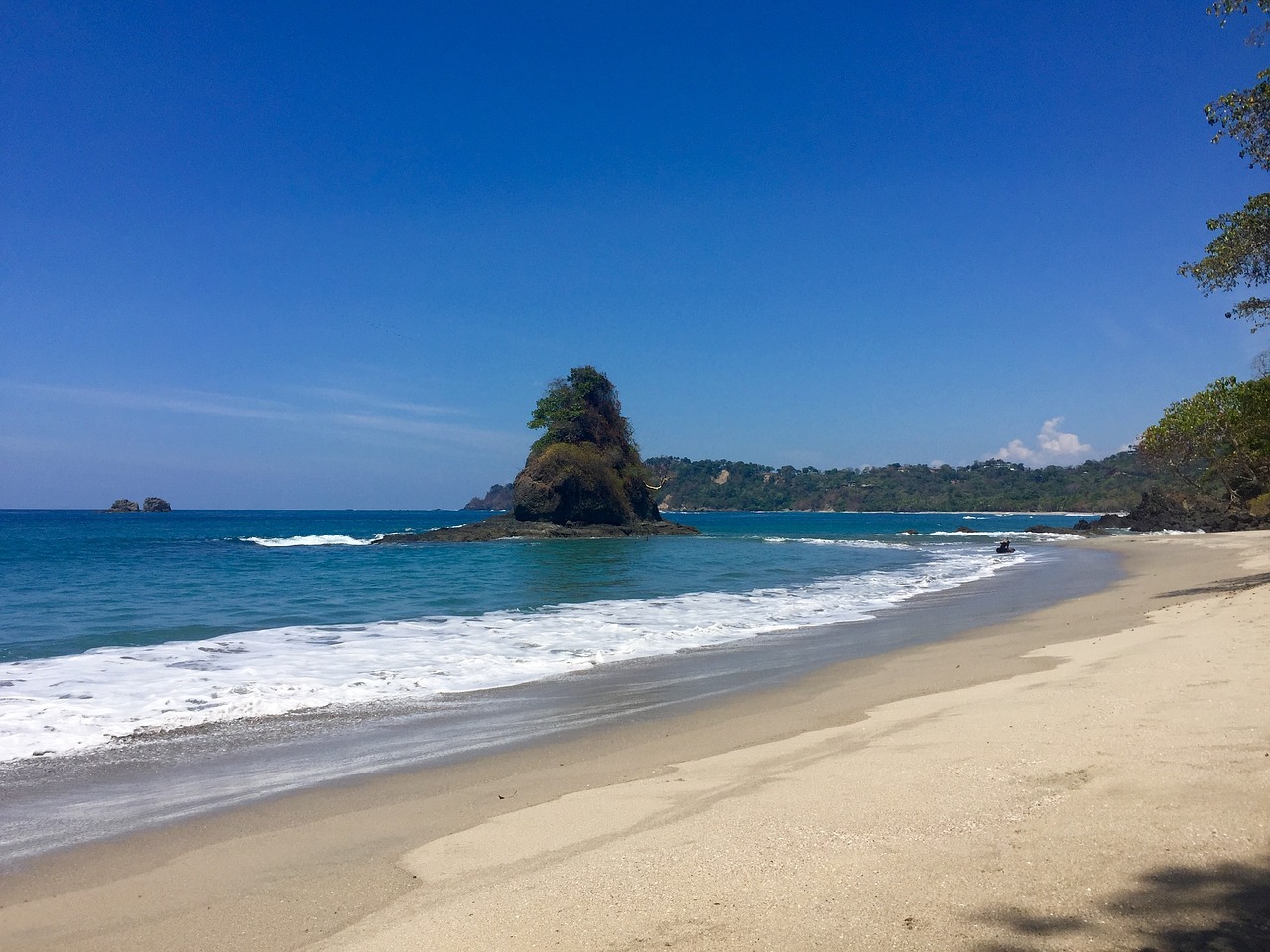 Costa Rica is characterized by having numerous beaches both in the Pacific Ocean and in the Caribbean Sea, with both coastlines separated by only a few hundred kilometers. These beaches are considered the best in the world, given the beauty and majesty of its crystalline waters and fine white sands surrounded by a lot of vegetation, among which the Manuel Antonio beach, the Tamarindo beach or the Drake Bay.

With a marine surface 10 times larger than the land and an immense biodiversity, Costa Rica is the perfect place for diving enthusiasts. Most of these sites belong to protected wildlife areas throughout the country, such as the famous Isla del Coco National Park, also a World Heritage Site. The Pacific coast of Costa Rica was even considered by Rodale’s Scuba Magazine as one of the 5 most important destinations in the world for advanced diving.

Located 532 kilometers from the Pacific coast, Coco Island was in the old days a refuge for pirates, merchants, whalers and even colonizers. Today it is known for its natural treasures that include the peculiar hammerhead shark, as well as humpback whales, bottlenose dolphins, among others.

But the Caribbean coast has its own wonders too. For example, the Gandoca-Manzanillo Wildlife Refuge is unique due to the amazing species found there. Scientists have discovered 600 species of mollusks, 10% of which are unique in the world. In general, the oceans of Costa Rica are home to at least 6,777 species, which represent 3.5% of the known species on the planet and also make the country a true paradise for diving enthusiasts. 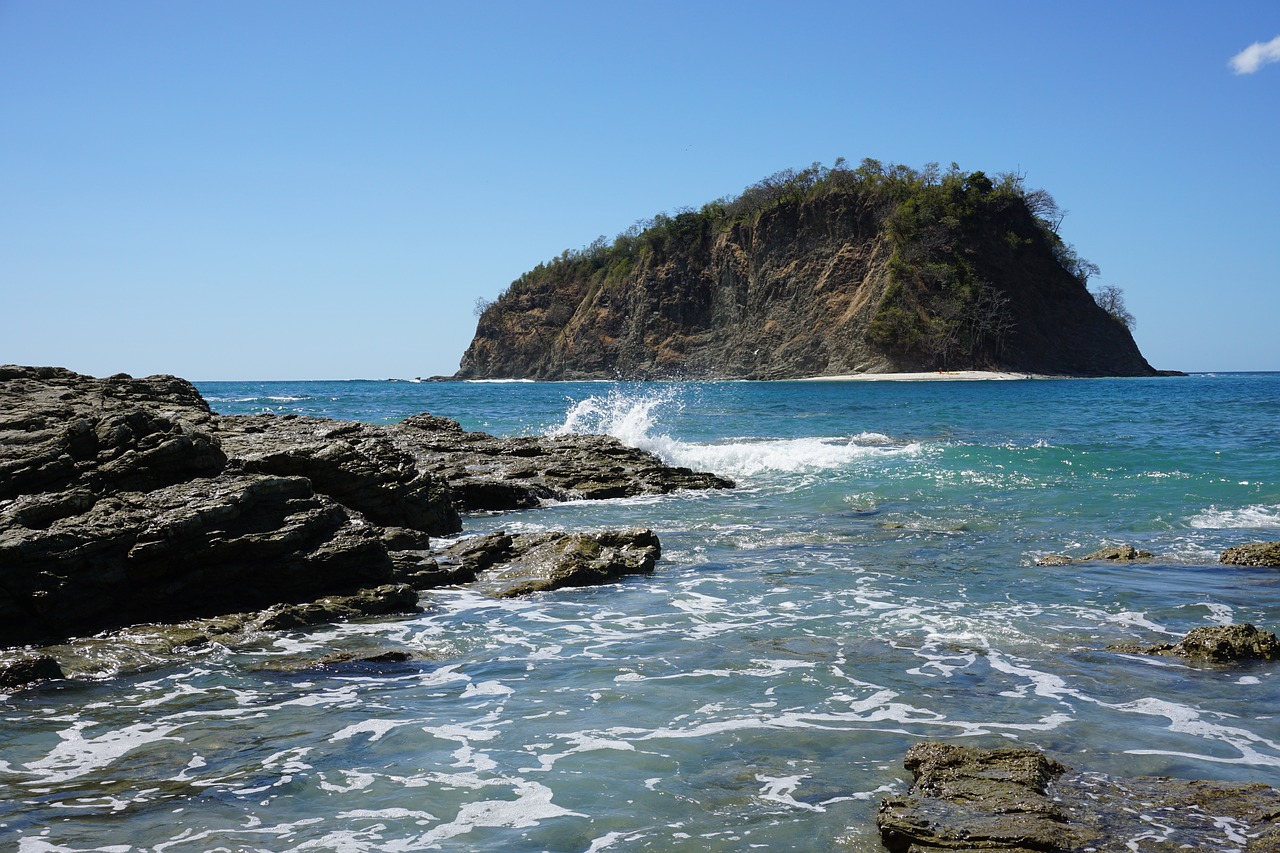 Every adventurer and nature lover should experience the experience of sailing the rapids in Costa Rica. The reason is simple: you will have not only world class rapids but also an impressive tropical landscape, where you will see a wide variety of wildlife while navigating the quiet stretches and preparing for more action. Adventurers of 12 years or more can choose from class II rapids for beginners, up to class IV for the most experienced thrill seekers.

Rivers such as Sarapiqui or Corobici are ideal for newcomers, for their class I rapids. Other rivers, such as Reventazon, have sections for beginners and incredible rapids for the most experienced. The Pacuare River offers a spectacular experience, including a two-day trip where the adventurous camp, swim and explore waterfalls, while toucans, sloths and howler monkeys give a warm welcome. 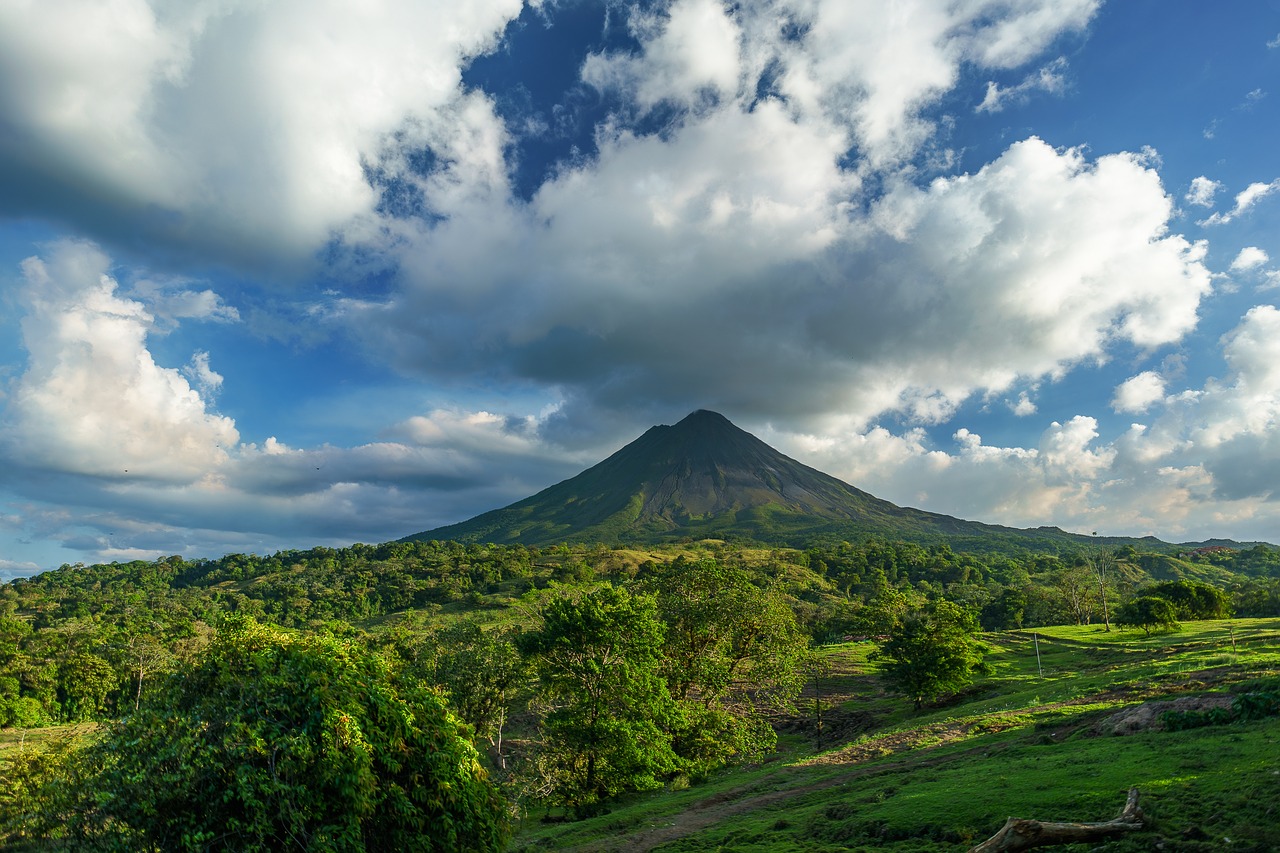 Being part of the Pacific Ring of Fire, Costa Rica’s volcanoes are among the most amazing in the world. In fact, the continental territory occupied today by the country is the result of a complex volcanic activity that began 75 million years ago and still continues.

Taking into account any crater in which an eruption has occurred, the number of volcanoes in Costa Rica reaches an amazing figure of 112. Some of these are currently crowded national parks that protect interesting natural environments. One of these is the Arenal volcano, considered among the 10 most active volcanoes in the world and for good reason: it frequently surprises its visitors with a smoke and incandescent lava show that descends its slopes accompanied by avalanches of rocks and sounds that emerge from the deep It
even reaches a speed of 70 kilometers per hour and a temperature of 1,000 degrees Celsius. 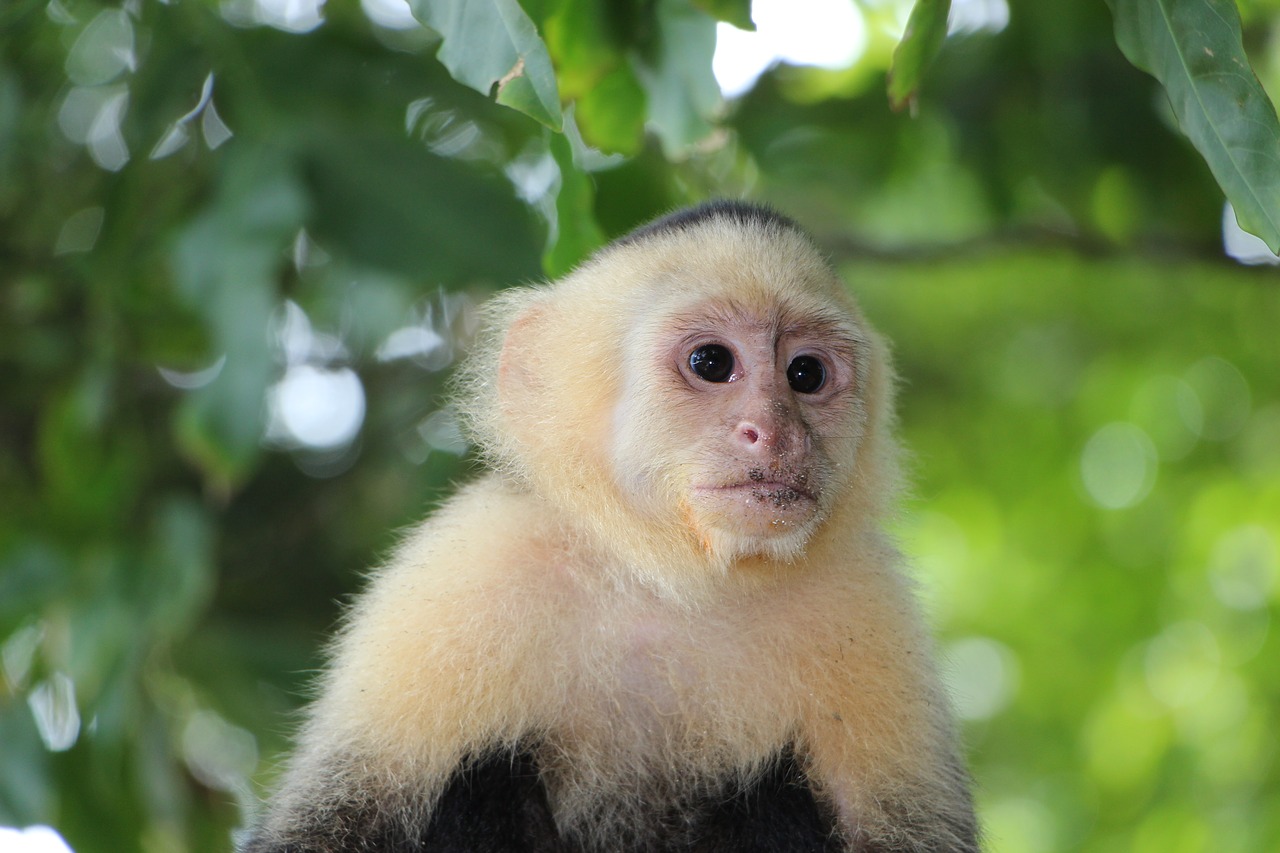 Ecotourism is extremely popular among foreign tourists who visit the large number of national parks and protected areas that exist throughout the country such as Tortuguero, Monteverde, Corcovado, Chirripó, among others, that captivate lovers of eco-tourism activities.

Costa Rica was one of the pioneers in ecotourism worldwide and is recognized as one of the few international destinations with true ecological tourism options. One of the favorite ecotourism niches, is currently bird watching, since in Costa Rica you can see more than 900 species of birds, additionally in the various parks there are horseback riding, hiking on mountain trails and guided excursions for the forest observation. The tourist product not only aims to offer beautiful natural experiences to tourists, but also educates visitors about the importance of protecting natural resources.

Costa Rica is also known for its world-renowned canopy tours. Imagine navigating through the treetops hundreds of meters in the air with the opportunity to observe the diverse fauna of the country. Don’t worry, security here is a priority. With almost a quarter of the land covered with tropical forests, there are dozens of places and companies that will take you on this exciting adventure. Although many of Costa Rica’s national parks offer canopy tours, the best are found in Monteverde, the Arenal area and in Manuel Antonio.

If you want to plan a walk through this lush country, visit: https://tours.co.cr 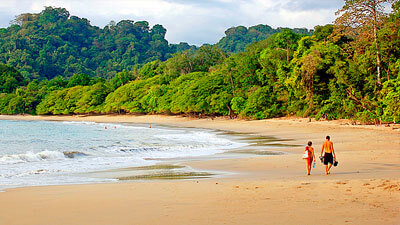 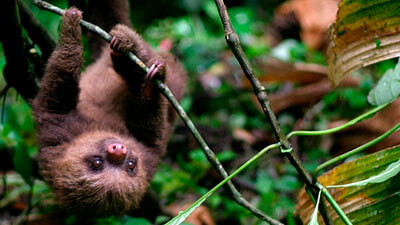 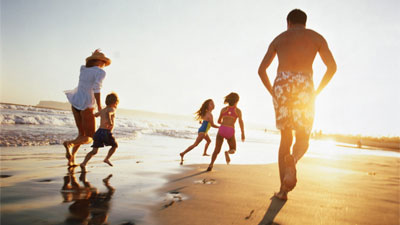 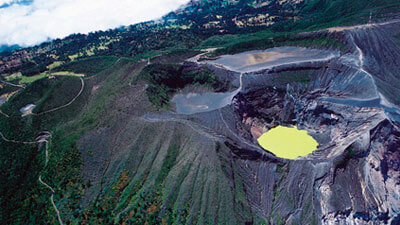